The Voice of ‘Ahsoka Tano’ came to Disney Springs!

The Voice of ‘Ahsoka Tano’ came to Disney Springs!

March is Women’s History Month, and to celebrate, Disney Springs, in Orlando, FL, had Ashley Eckstein come talk. This was a free event open to anyone! Ashley truly brought Ahsoka Tano to life, and Ahsoka is so much more than just a fictional character to her. While Ashley gave us a lot of great behind the scenes fun facts, she was also incredibly inspirational, and credits a lot of her positive attitude to Ahsoka Tano. Ashley is truly one with the force.

This event felt very similar to a panel you might see at a local con, just with a much nicer background. Ashley began giving us her background, and then went into a Question and Answers section.

As someone who only recently had the Star Wars universe expand via Clone Wars and Rebels (thank you to my co-host for pushing both series on me), this was so much fun, and all the information was new to me. One random fun fact I learned was that Ashoka inspired Ashley to start the ‘Her Universe’ line of clothing. I have quite a few of those dresses in my closet!

She then went into some behind the scenes stuff, like her interview with Dave Filoni. She originally auditioned for Padme (and almost left because there were so many people there), but was told she sounded too young. But, she was told to come back with an Icelandic accent and try out for a young new character we have. She did, and despite being told she needed more of an accent, she got the part! This was after ‘snipping’ back at Dave Filoni that she was doing the accent properly. That’s how Ashley Eckstein became Ahsoka Tano AKA ‘Snips.’

We also got to learn how Dave Filoni would give breakdowns before recording Clone Wars and Rebels. He would explain to the actors what was happening in the episode, where it was going, and what Star Wars information was relevant to each episode. He would also explain what the moral of each epsiode was. Sadly these were not recorded, because this would be amazing to listen to!

If you missed this event, and love going to cons, Ashley will be at Megacon Orlando this May. For details and to purchase tickets click HERE!

Ashley was a Cast Member at Disney

Ashley grew up a Star Wars fan, in Orlando with a dad as a cast member. She followed in his footsteps as soon as she could get a job at Disney. Growing up, she actually did performances at Disney Springs (formally known as Downtown Disney), and even got to be on one of the ABC Christmas specials that Disney has every year. Once she launched her acting career, she was on the Disney Channel show, That’s So Raven.

She said the reason she loves Disney so much is that Disney magic makes the “intangible tangible.” As a Disney geek myself, I absolutely loved that!

What Would Ahsoka Do?

During this event we also learned some of Ashley’s Star Wars’ favorites. R2D2 is her second favorite character, behind Ahsoka, of course. She says he is the “unsung hero” of Star Wars. Her favorite light sabers are the white ones because Ahsoka is neutral and helps everyone. She went on to say they also show that Ahsoka is the light side of the Jedi. Ashley then had to clarify that this is not canon, but her opinion. Her favorite Ahsoka quote is “In my life when you find people who need your help, you help them, no matter what.”

The most interesting part of this event was hearing how Ashley carries Ahsoka with her daily as inspiration. When she isn’t sure what path to take next, she’ll ask herself, “What Would Ahsoka Do?” She’d help people, and that’s what we all should do. Just help one person. Ashley then went on to explain Ahsoka is “powerful because she is kind.” A single act of kindness, is a spark of HOPE! Honestly this woman could host inspirational lectures! 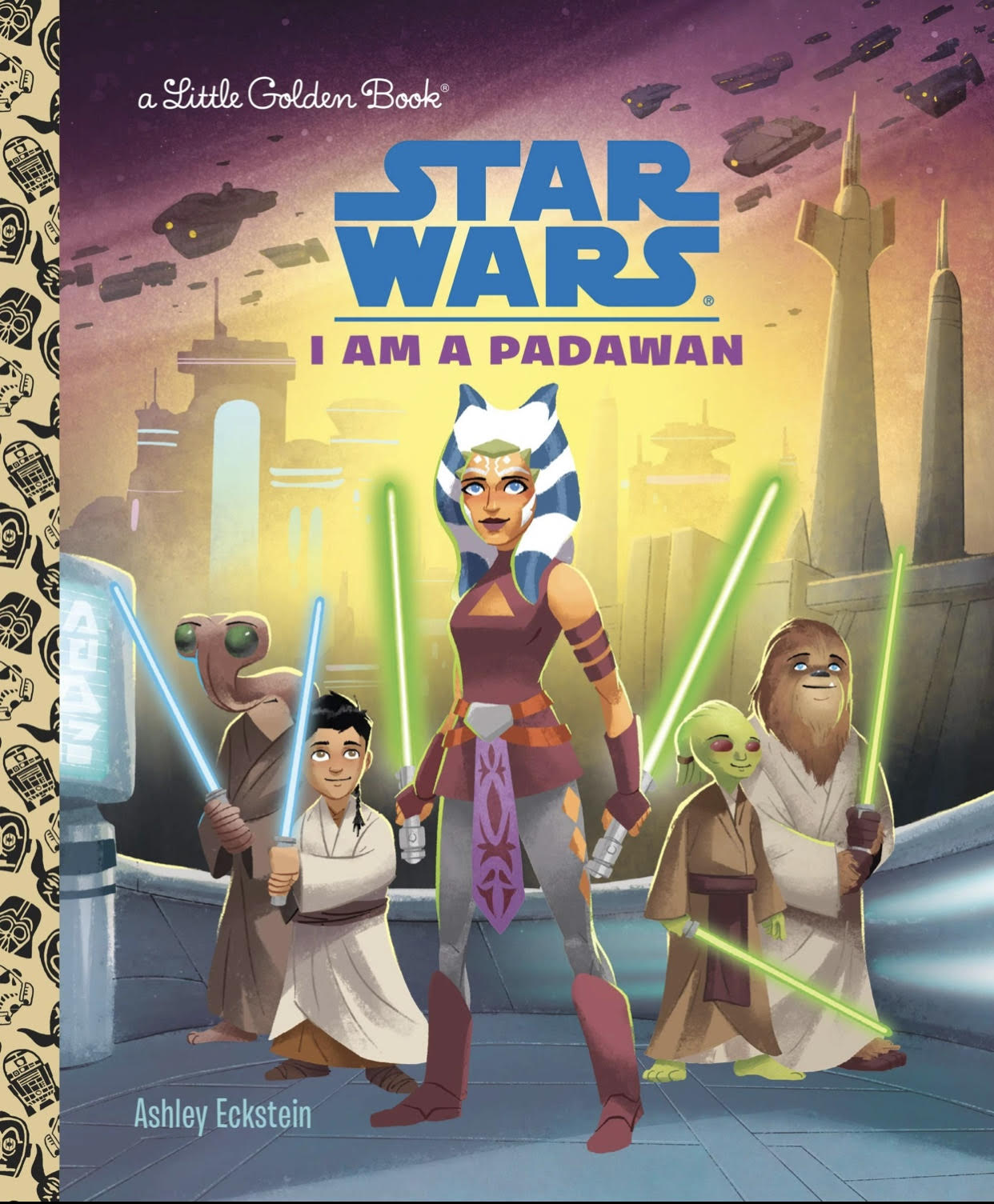 One project already out is her Little Golden Book, called I am a Padawan. Ashley talked about how frustrated she got trying to write this. She then said she had to do her own Luke/Yoda Cave Challenge, and she got through it!

Ashley does posts on her social media @ashleyeckstein about mental health every Monday. Called Mental Health Monday posts! And to continue with this she is working on a series with Lucas Film, promoting mental health. She didn’t mention a date, but said ‘Coming Soon.’

She is also working on a science fiction project with Disney. It will not be Star Wars related, but she said we will see an Ahsoka Tano inspired character.

Come October she will be releasing another book, about how to live your best Star Wars life! It will have themed recipes, mental health exercises, and more!

All in all this was a fantastic event that lasted  just over an hour. It was inspirational, funny, and informative. I will leave you now with her new hashtag #ahsokatanolivesinallofus . She previously used to post #Ahsokalives which she did immediately following her appearance in Rebels, and angered some west coast fans, who hadn’t seen it yet. She was just so excited she didn’t need to keep the secret anymore, and excited that AHSOKA LIVES!

As we see Rosario Dawson take on this character for Disney+, I just hope we one day we get an Ashley Eckstein cameo to honor the origin of this badass, kind NOT a Jedi.