Ringing in the New Year with a Brut IPA

Ringing in the New Year with a Brut IPA

What the Hell is a Brut IPA

What the hell is a Brut IPA? It’s basically a dry IPA that was invented in San Francisco all the way back in 2017, at a place called the Social Kitchen and Brewery. This style came and went pretty quick, but I didn’t hate them all and it’s almost New Years…so let’s learn something about the Champaign style Beer, NOT the Champagne of Beers.

If you have not had a Brut IPA, it is kind of the opposite of a juicy New England Style IPA (NEIPA). It’s light colored and has a bone dry champagne style finish, hence its name. Brut just means unsweetened or very dry.

I was told awhile ago by some random person, that Brut IPAs were just IPAs that used Champagne yeast. While you can do that, that is not what makes a Brut IPA. The addition that makes an IPA “brutty” is an enzyme called amyloglucosidase, or AMG for short.

AMG removes the sugars in an IPA, by breaking down sugars that may not ferment and converting them to fermentable sugars, thereby making the beer less sweet. AMG is usually added to make light beers and to balance big beers like imperial stouts, so they are not overly sweet. Using the enzyme, can add about two days of fermentation because when it’s added, the yeast ramps back up. Outside of that, it follows the basic brewing process as an ordinary IPA.

While the Brut IPA hype died pretty quick, and in the end it was not a fan favorite, there were some good ones out there, and they still pop up, especially this time of year. Castle Church Brewing in Orlando does a Brut of Vipers IPA each year. It is 8.7% and fermented with local honey, and they do use champagne yeast. It is on tap right now to ring in the New Year. And, I have to give a shout out to my all time favorite Brut IPA from J Wakefield in Miami, called We Are Brut. It was full of Citra hops, and the can art was pretty sweet with some Groot artwork on it. All the big guys brewed (or brew) this style as well. Sierra Nevada, Ommegang, Ballast Point…so it’s not too hard to find. Whether you love or hate this style, I’d take a Brut IPA over a glass of champagne any day. 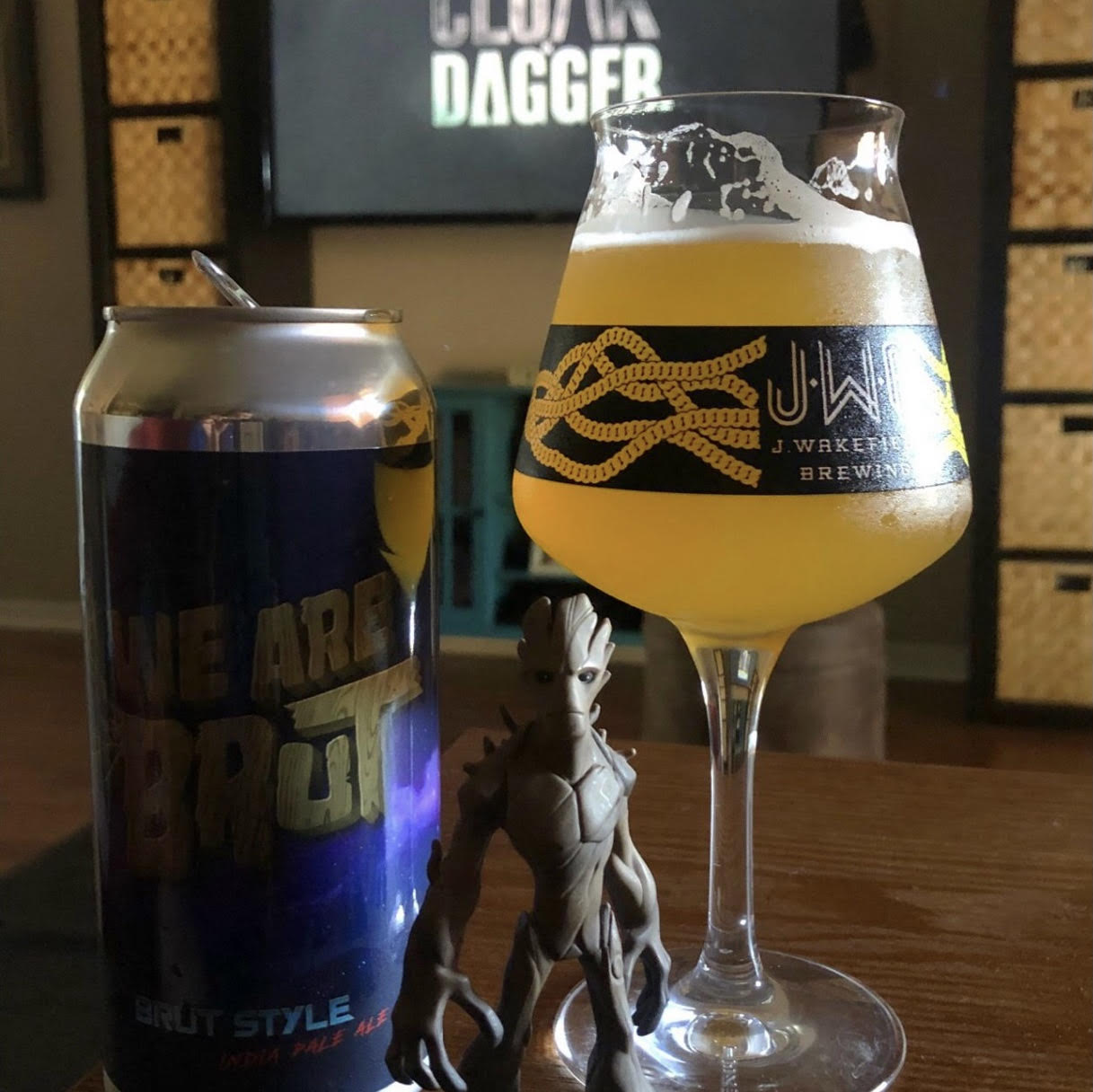