OKTOBERFEST! The Most Wonderful Time for BEER! Oi! Oi! Oi!

OKTOBERFEST! The Most Wonderful Time for BEER! Oi! Oi! Oi!

Back in early March some friends and I began to plan our 2021 Oktoberfest vacation! We’ve been talking about this for years, and heard you needed to begin booking things about 18 months in advance, and it was time! That came to a screeching halt when all the bars were forced to close their doors two weeks later, on St. Patrick’s Day (that’s how you knew shit was getting real). Fast forward six months, and life is still not “normal.” 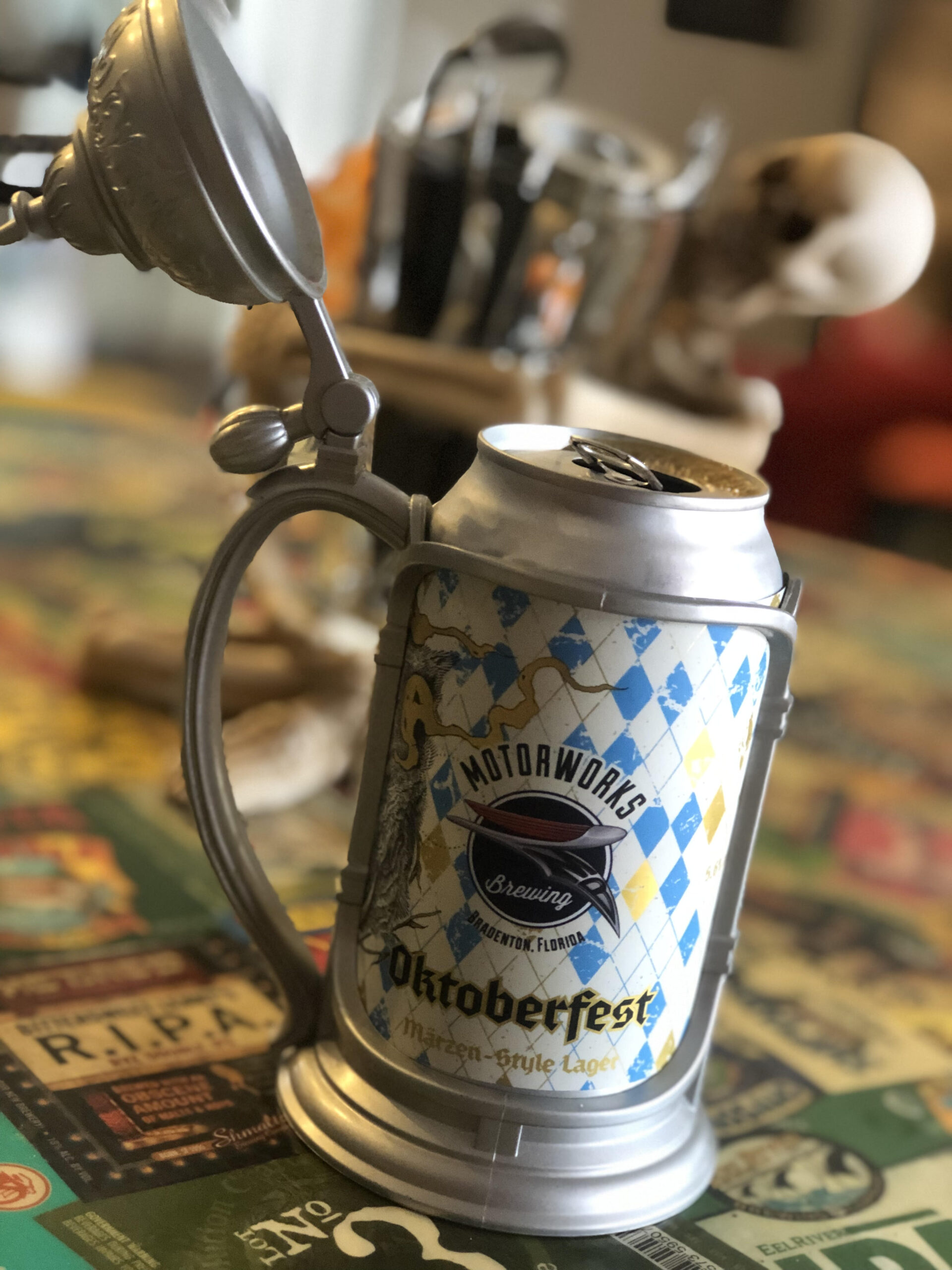 HOWEVER! Football is back, pumpkin spice everything is on the shelves, and the weather is cooling down. I live in Florida, that last bit is a lie. BUT, that doesn’t stop us from enjoying everything Fall, including Oktoberfest! That word alone, makes me want to pour a beer into a boot, and scream Oi! Oi! Oi! While this year has (for lack of a better word) SUCKED, many places are still trying to salvage this amazing time a year with “socially distant’ Oktoberfests, and why the hell not?

Since our 2021 Oktoberfest vacation is in limbo at the moment, instead of planning a trip to Munich to celebrate Oktoberfest, I did some research on the World’s Largest Beer Fest! My research started with the obvious question:

Why is a Beer Fest held in September called Oktoberfest?

This goes back to the first ever Oktoberfest celebration. The entire town was invited to celebrate the nuptials of the crowned prince of Bavaria and Princess Therese of Saxe-Hildburghausen. The wedding started on October 12, 1810. It lasted for 5 days and ended with a horse race. Everyone apparently had the time of their lives because the following year they had to do it again. To boost agriculture in the area, an agricultural fair was added in 1811. While horse races no longer occur, the agricultural fair still happens once every four years. By 1818, there were food and beer booths added, as well as a carousel and swings. Today a whole amusement park has become part of the Oktoberfest tradition.

In 1819, the citizens of the town took over, the now annual, celebration, and changed the date! October is too cold and gets dark too early. Five days is also not enough. So, Oktoberfest was moved to the end of September and lengthened. Today it is 16-17 days long. 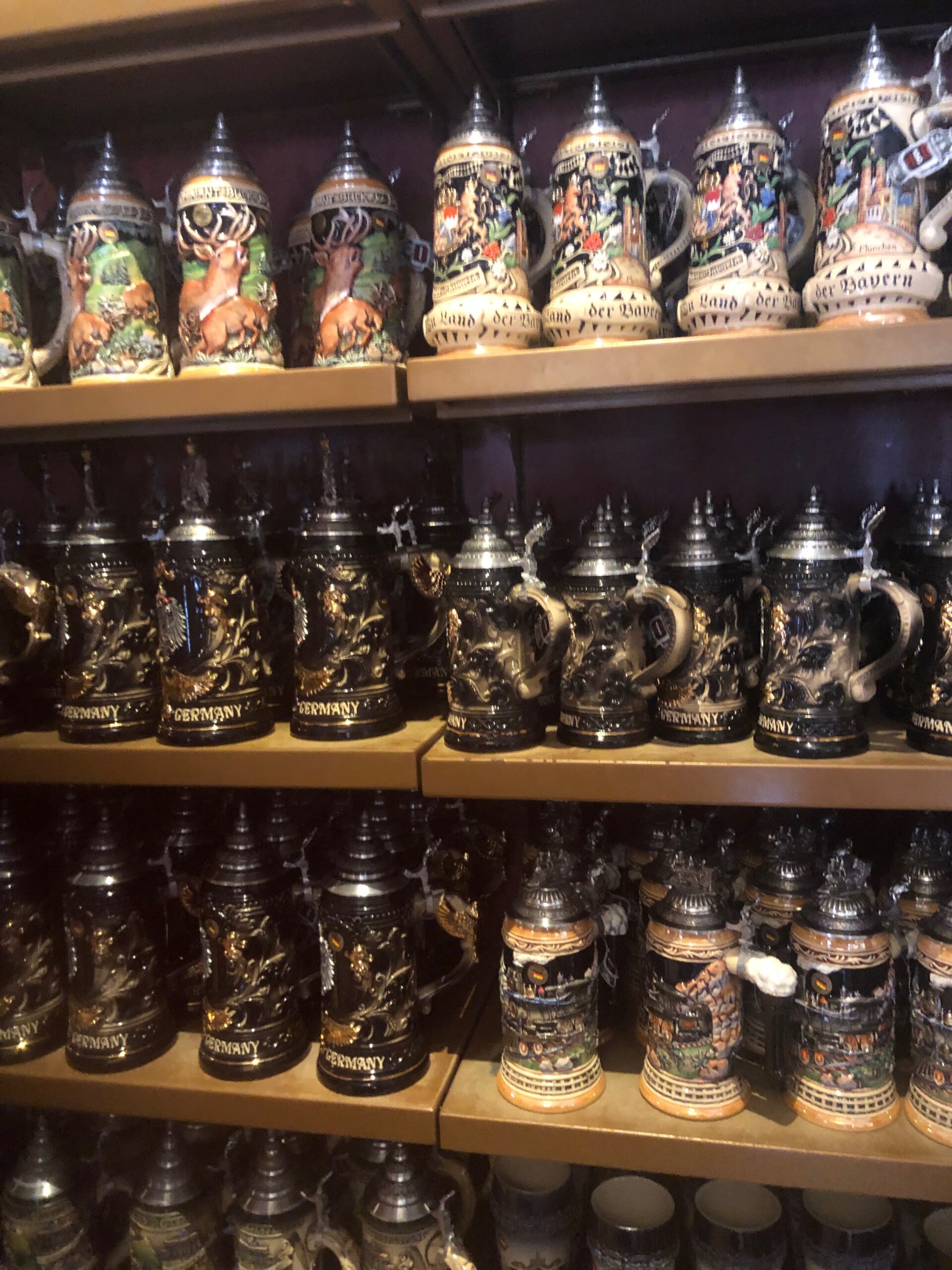 The History and Evolution of the World’s Largest Beer Festival

In 1896 Beer tents and Beer Halls replaced old sheds. Sadly, in 1933 the iconic blue and white Oktoberfest flag was temporarily replaced with a swastika. Once Oktoberfest returned after WWII, it was referred to as an “Autumn Festival” through 1948. In 1950, the Mayor of Munich tapped the first barrel of Oktoberfest, and so began a tradition that the Mayor of Munich still continues! In 1960, Oktoberfest became the huge iconic “bucket list’ event, we all know today.

2020 is not the only year Oktoberfest did not occur. Throughout the last 210 years war and pandemics have cancelled this glorious festival. However, in 2010 Oktoberfest’s 200-year old birthday was still celebrated.  For the first time in over a century, there was a horse race complete with historical outfits to kick off the 200-year Anniversary celebration.

Starting in the 1500s you could not brew beer in Bavaria (Germany) in the Summer because there was too high of a risk that brewing could start a fire and burn down a city. So, the Märzen style beer was born. Märzen means March, and that is when this style of beer was brewed. It then lagered through the Summer months and was ready for consumption at the beginning of Fall, now known as Oktoberfest season! So, traditionally Oktoberfest beers were Märzens. Since these Märzens needed to last, they were a bit stronger than the average German beer of its time.

Just as the festival has evolved, so has the beer. Oktoberfestbiers (Märzens) were traditionally a bit stronger so they could last throughout the Summer, but there is no longer a concern that a batch of beer being brewed will burn down a city (gender reveal parties are doing that today), and brewers noticed that their Oktoberfest beers were being heavily consumed at Oktoberfest every year. This has resulted in the Oktoberfest getting lighter over the years.

Märzens are Amber Malty European Lagers. Prior to 1872 they were darker than the amber color we know today. Compared to a Festbier they are heavier in body with less hops. They also tend to have more malt depth and come across richer. From 1872-1990, the standard Oktoberfestbeir served at the Munich Festival was a Märzen. A good example of this style today is Hacker-Pschorr Oktoberfest.

Festbiers are Pale Malty European Lagers. They are less intense and less richly toasted than Märzens. They have replaced Märzens as the main Oktoberfestbier at the Munich Beer Festival, because they are more “poundable.” This was the words of Paulaner’s head brewer in the 1970s. By 1990 the other breweries took notice, and this is when Festbiers took over. A good example of this style today is Hacker-Pschorr Superior Festbier, or Augustiner Oktoberfest.

Festbiers are sometimes referred to as Wiesn. This translates to “the meadow” in German. This is a nod to Princess Therese of Saxe-Hildburghausen. The area where Oktoberfest takes place is called ‘Weisn’ which is short for Theresinwiesse, meaning Theresa’s Fields.

Oktoberfestbier: To call your beer Oktoberfestbier, you must follow the German/Bavarian Purity Laws, Reinheitsgebot (water, yeast, hops and barley), and be brewed in Munich. This can be a Märzan, or a Festbier (lighter Märzen). However, you must also brew at one the following six breweries:

*Spaten and Lowenbräu merged in 1997 and are now owned by Anheuser-Busch InBev.

No other breweries in the European Union can call their beer an Oktoberfestbier because the trademark rights belong to the Association of Munich Breweries. This does not apply outside of the EU. However, Sam Adams chose to name their beer “Octoberfest” in honor of this tradition.

Many of the ‘Oktoberfestbiers’ we enjoy in the States are Märzans or Festbiers. While dark German beers are my favorite kind of German beer, the lighter Oktoberfest beers are definitely a plus. Especially considering Ein Prosit is often played every fifteen minutes to increase the amount of beer they sell at Oktoberfest, and it works. In German, they are telling you 1,2,3 DRINK! While this may have started in Munich, I have seen this at many local Oktoberfests as well.

More than one million gallons of beer are drank annually in Munich during Oktoberfest. While this year, that is not happening, it doesn’t mean we still can’t celebrate this most wonderful time for a beer. Local breweries are making Festbeirs and Märzens, and anywhere in the country you can easily access German beers brewed in Munich. So, go hit up a local Oktoberfest! Or swing by a brewery or bottle shop to grab a German beer (or German style), go home, pour some pretzels in a bowl, and play some German music real loud, while yelling “ZICKE ZACK ZICKE ZACKE, Oi Oi Oi!!!!”

If you love learning all things German beer, check out Brew Witch’s latest article! Schneeeule, and the Revival of the Berliner Weisse