For the full video, search Hops News on YouTube! If you would like to make Beer School a drinking game, take a sip anytime I attempt to say distribute, distribution, or distributor.

I’m continuing with Prohibition, and Today PROHIBITION ENDS! So, how did it end, and what the hell happened afterwards? Did things just go back to how they were in 1919? Nope.

During Prohibition, crime went up, tax revenue went down, and the Great Depression hit. Basically, alcohol was banned, and the country went to shit. So, many people in favor of prohibition switched sides quicker than when Batman heard Superman yell, “MARTHA!” In fact of the 22 senators who voted for Prohibition, 17 voted for its repeal. A lot of these politicians were (not to shock anyone), total hypocrites. When voting for Prohibition, they knew they would still be able to drink.

So FDR runs for President in 32 saying he is going to end Prohibition, and he kicked the crap out of Hoover! He immediately started working to end Prohibition and the Great Depression! He actually got the Volstead Act (which is the Prohibition law) rewritten just three months after he got into the White House, which allowed beer and wine to be sold as long as it was 3.2% or lower, then 8 months later on December 5, 1933 the 21st Amendment officially repealed the 18th, and PROHIBTION WAS OVER! It is rumored that FDR celebrated with a dirty martini.

The first year alcohol was back, the tax revenue was 258 million dollars. This didn’t instantly end the Great Depression, but it did help fund the New Deal, and get a lot of people back to work.

So… post Prohibition, what is different? Well, the states now have “all” the power. I’ll explain the air quotes in a minute. Well with all the power, each state has their own thing going on, and some even gave the power to the counties. Random confusing and inconsistent beverage laws all over the country were around before Prohibition, but after it, things seemed to get amped up a bit. Some of these random laws you can find in different places today are:

One of the craziest things I found is that Jack Daniels’ distillery is in a dry county in Tennessee. I have heard a country song about this place, and it’s dry.

Now about my air quotes. Whenever states are doing something that the federal government doesn’t like, they invoke equal protection, or the commerce clause to “fix” it. There is no national drinking age, and states used to all have different ones! So, this caused young adults ages 18-20 to cross state lines, get drunk, and drive home. That wasn’t ending well. So, federal highway funds were decreased for anyone who had a drinking age under 21, and ta da! Now all of American has to be 21 to drink legally.

Ok, now what else did Prohibition give us? More prisons, and the infamous 3 tier system! Before Prohibition, it was very common for bars to have “tied houses.” All this meant was a specific brewery would have a deal with a bar (or lots of bars), to only sell their beer. This hurt competition, especially for newbies and small breweries. Also, at these saloons, more people were getting trashed, and doing bad things. This was partially because a lot of these “tied houses” or ‘saloons’ were hosting all sorts of events to get people in the door. Instead of trivia and yoga, they had things like prostitution and cock fights. This was part of what got Prohibition passed to begin with. There was also concern that the mob would legitimize their alcohol businesses, and still bully everyone to carry only their products. So, the three-tier system was put into place!

The Three Tier System is basically three separate areas required for getting alcohol into your hands! The first tier is the producer or importer. So a brewer. The second tier is the distributor or wholesaler. Basically, the company that owns the big trucks with beer labels on the side. The third, is the retailer. This is whoever is selling you beer directly. A restaurant, liquor store, grocery store, etc. No one is supposed to be involved in more than one tier. There are exceptions to this, and they of course differ throughout the country! Brewpubs and breweries are often the producer and the retailer, although that was not always the case. That took time. 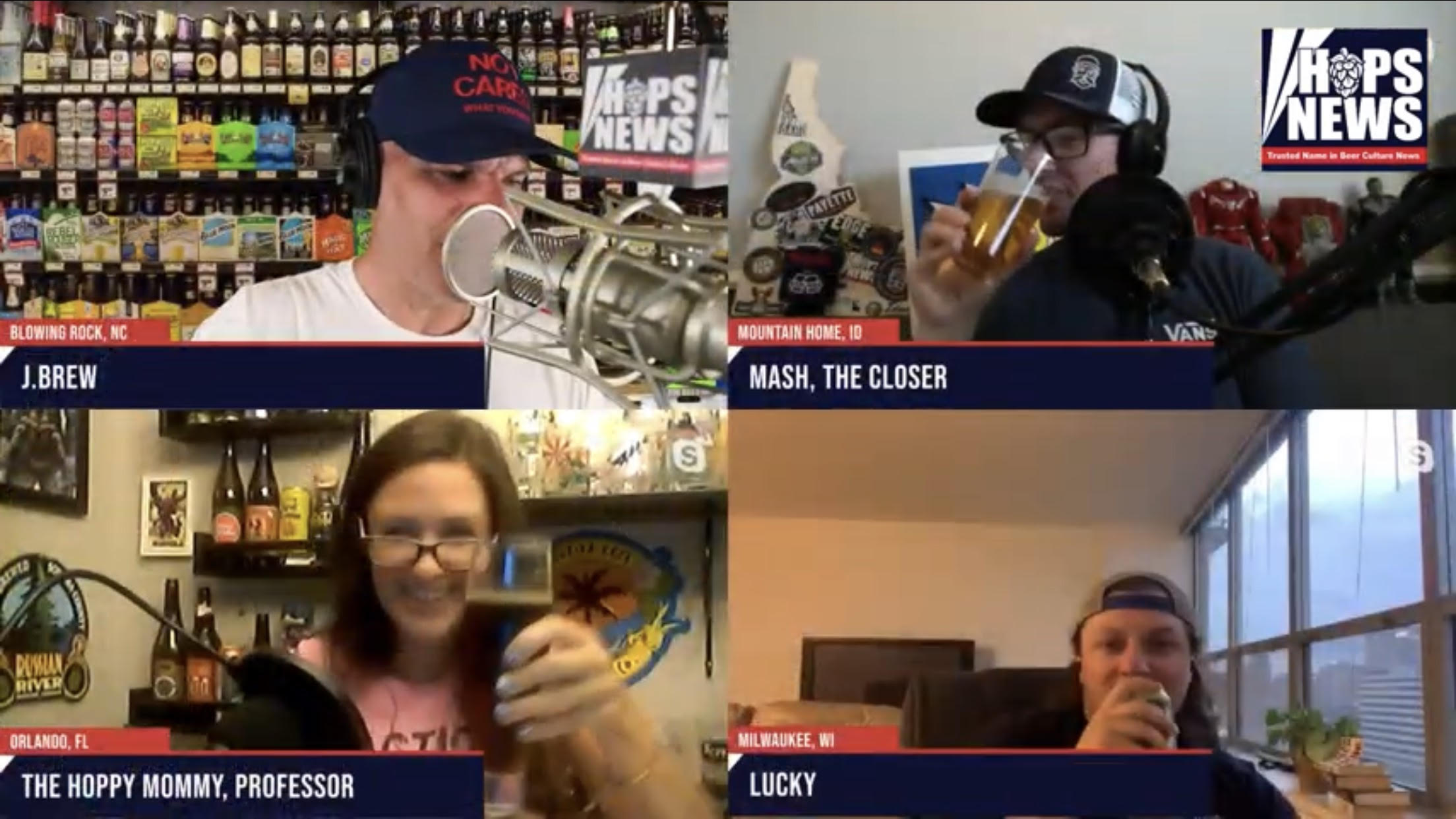 So this three tier system was designed as a checks and balances of sorts. Each tier makes sure the other is doing what they are supposed to do. This was also supposed to give the little guys a chance to get their beer into restaurants and liquor stores right along side the big beers. This of course gives us, the consumer, more options, and cheaper pricing! Right? Well…in theory, yes.

Since beer producers are no longer allowed to give bars incentives to only sell their products, they give them to the distributors to only carry their products! Many markets today only have 2 major distributors, and I’m going to bet everyone watching can name those two. In-Bev and Miller-Coors.  The distributors actually handle a lot of the beer sponsorships since they are the ones interacting with the retailers. Back in the mid-nineties when craft beer was starting to get popular, breweries like, Goose Island, Sierra Nevada, and Sam Adams couldn’t get the big beer distributors to distribute their beer. They often ended up using a liquor distributor as a solution. At the time it was Anheuser Bush and Miller, and they basically said to the distributors, how can you properly distribute our products when you’re also distributing our competitors’ products? They even named these ideas. Anheuser Bush called this ‘One Hundred Percent Share of Mind,’ and Miller called it ‘Fair Share.’ This was their response to these microbreweries suddenly popping up and taking some business away from them, and it worked then.

Some states, like California, allow breweries to self-distribute. This means they can bring their own kegs in their own vehicle and deliver them to restaurants and liquor stores, but most states do not. Sierra Nevada was able to utilize self-distribution in the early days. They said hiring a distributor would have cut way too much into their profits to make it worth it. Seeing how big they are today, shows how much of an impact this can have on the growth of a small brewery. You also need damn good beer, which they have. Meanwhile, a brewery in Florida can’t legally walk a keg to the restaurant next door.

Now this has gotten better in recent years. More states are changing the distribution requirement, and with demand from people like us, you’re seeing more craft on the shelves at grocery stores today. However, it’s not as much as you think. I too often see people post a Blue Moon, or a Vesa Sur, Golden Road, Elysian, 10 Barrel….and use #craftbeer. Ummm…no. That’s not true. I’m not saying you can only drink craft. I have a couple Bourbon County Stouts in my fridge right here. I’m also not saying three-tier doesn’t have some redeeming qualities.  I’m just saying the more fair the competition is for everyone, the more options and better prices, we as consumers get! Win win! On that note, I leave you with a totally random fun fact I learned while researching this! In the early eighties, Sierra Nevada bought a bottle filler from Anchor, which was used at Sieben’s brewery in Chicago during Prohibition. If anyone remembers our Mafia beer school, this was one of Capone’s breweries and the home of the most famous prohibition mafia double cross!

So in conclusion, craft breweries today are still feeling the effects of Prohibition! CHEERS!

A couple other resources I used were: