Everyone has heard the Benjamin Franklin quote, “Beer is proof that God loves us, and wants us to be happy!” Well, he did not say that exactly, and he was actually referring to wine. However, he did say, “In wine there is wisdom, in beer there is FREEDOM, and in water there is bacteria.” Well with Fourth July right around the corner, today is about BEER & FREEDOM!

If you have been attending our Hoppy Hours, and listening to my Prohibition Beer Schools, no need to worry. I am not done with those, but he we have to take a break for FREEDOM! However, I should mention, that in the early 1900s Annheuser-Bush did a whole Anti-Prohibition campaign based on our Founding Father’s love for “barley malt brews.”

Back in Colonial times, Americans were drinking three times as much as the average (pre-quarantine) American today. While Americans were brewing beer, English imports were still considered to be better, and many people loved English Porters. Many historians believe part of the push to get away from English imports in general, was George Washington’s disappointment in how many beer bottles would break in route to the states. This was obviously one of many important reasons. So, to be more self-sufficient, America needed better beer! 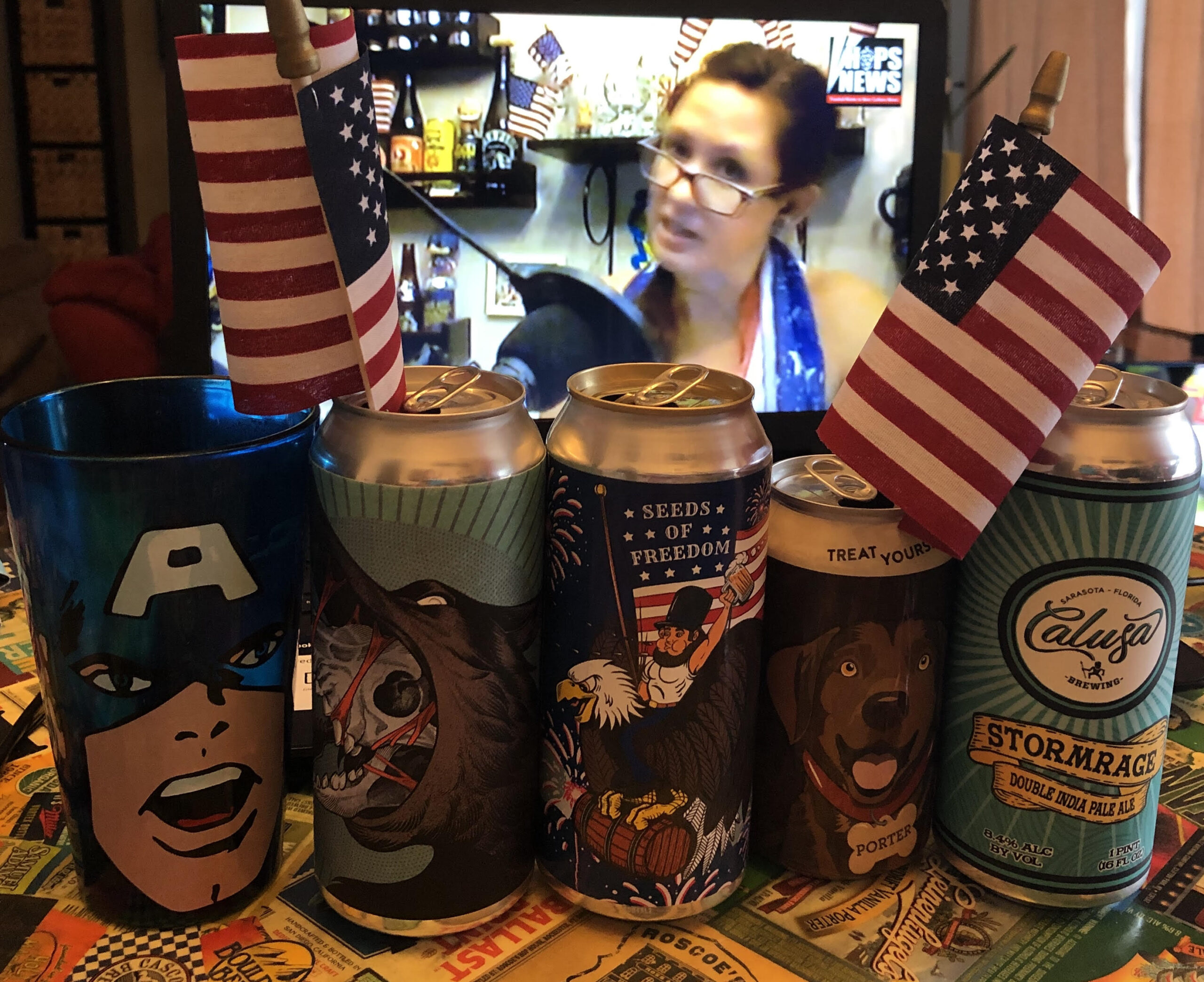 Enter Mr. Hare’s Porter in 1774! This was believed to be the first US Porter and it was a major hit in Philadelphia! Robert Hare, the brewer, got big over night with this beer. John Adams actually wrote a letter to his wife telling her in detail how much he loved it. During the Revolutionary War, George Washington would have this porter sent to him, wherever he was. He always made sure his troops had daily rations of beer as well, but I don’t think they got Mr. Hare’s Porter.

For over ten years this beer remained such a fan favorite that it got Mr. Hare rich! He then ended up leaving the brewing industry for politics. Unfortunately, a fire in 1790 caused the recipe to be lost forever! Many brewers have since tried to recreate it, including George Washington.

George Washington brewed much more than just his version of Mr. Hare’s Porter. If you go to the New York Public Library, you can find a recipe of his for ‘Small’ beer. Small beer referred to low ABV beer that was often given to servants. Apparently only the rich were allowed to get drunk back then. Anyway…this recipe was found in Washington’s military journal from 1757, during the French and Indian War. Annheuser-Bush loosely recreated it and named it, Freedom Reserve Red Lager. I say loosely because the recipe wasn’t like some dummy proof Pinterest recipe. It was more like that stained index card your mom pulls out every Christmas with your Grandma’s handwriting on it, and not very clear measurements for everything. The proceeds of this recreation go to scholarships for military families, so that’s nice.

Small beer and porters were not all Washington brewed! He was possibly the first ever basic bitch! It is believed that he brewed Pumpkin Beer!!! Now before we add uggs and a scarf to the dollar bill, I should mention that it did not taste like the pumpkin beers that flood the shelves every September (sometimes August…it’s getting ridiculous), and try to taste like a Starbucks’ PSL. The recipe found included gourds, and in Colonial times pumpkin was used for a lot of things because it was so easy to grow and cook with. So there is an assumption the gourd in the recipe was a pumpkin. Well, this inspired a brewery in the 80s to make pumpkin beer! Well, the meat of the pumpkin fermented like regular brew grain, and tasted like a normal beer. No need to worry though, Pumpkin Pie Spice was then added, and wa la! Pumpkin Beer was born! This brewery is still open today in Hayward, California, and they still brew this Pumpkin Beer! So, if you’re ever in the area in Fall, make sure to stop at Buffalo Bill’s Brewery and order the “America’s Original Pumpkin Ale.”

George Washington wasn’t the only Founding Father that was known to home brew. Thomas Jefferson apparently gave it a go later in his life. Before he tried brewing, however, it is believed that he wrote the first draft of the Declaration of Independence over a cold draft beer at a Tavern in Philadelphia. 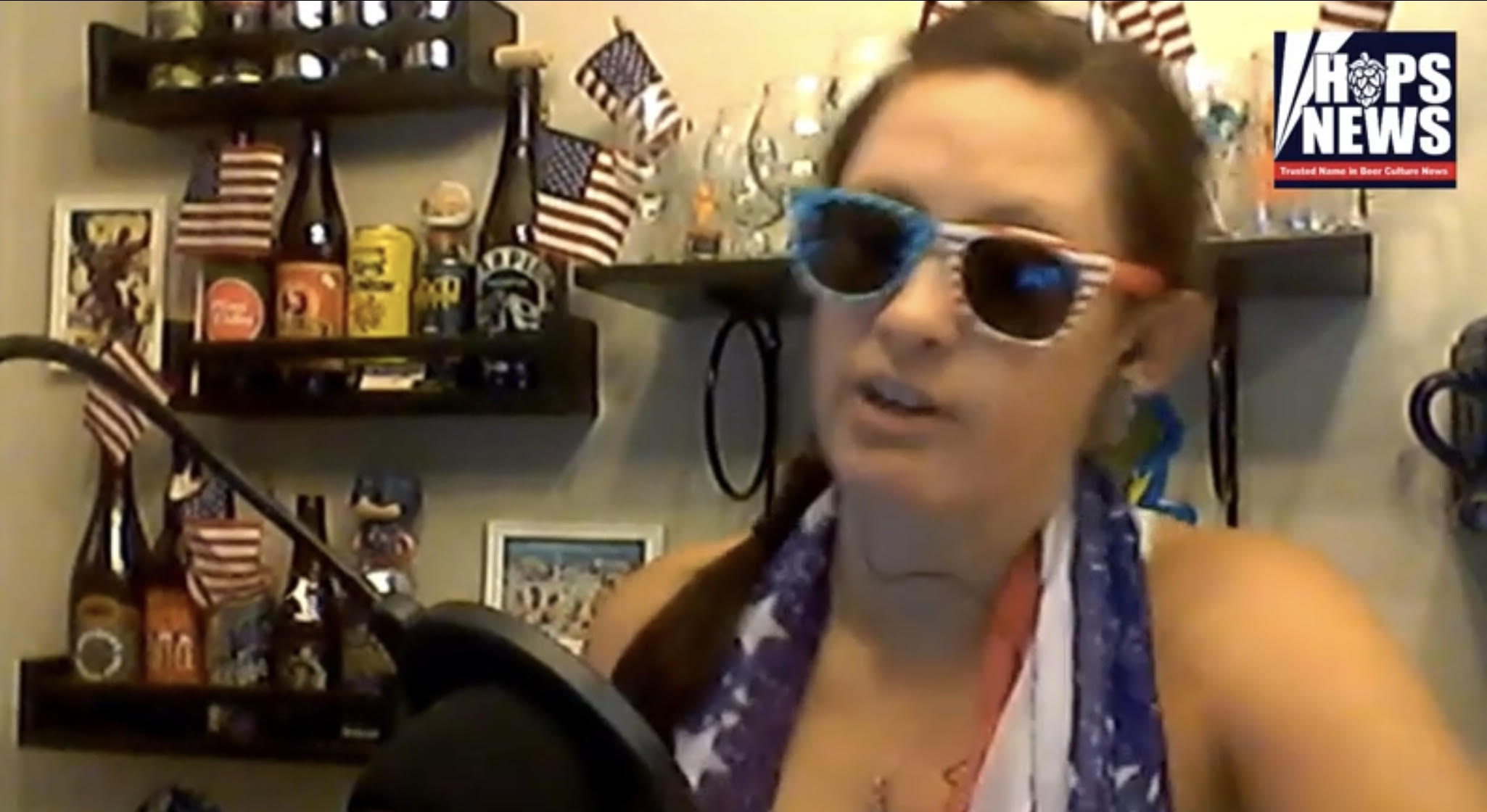 It was not uncommon to find many Founding Fathers at Taverns. This is where they got their gossip! Benjamin Franklin said Taverns were a “tool of diplomacy.” It is where a lot of political negotiation occurred. Samuel Adams was known to spend so much time at Taverns that his nickname was “Samuel the Publican.” He was also known for throwing epic parties, so I now understand where Jim Koch got the name for his brewery.

Just about all the Founding Fathers seemed to enjoy their booze. The day they finished the Constitution in 1787, they apparently ran up a ridiculous tab that included all sorts of adult beverages. But, George Washington, Benjamin Franklin, Samuel Adams, and Thomas Jefferson, all seemed to have a bit of extra love for beer. On that note I leave you with a Thomas Jefferson quote, that we should all live by, “Beer if drunk in moderation, softens the temper, cheers the spirit, and promotes health.” Cheers, and God Bless America! 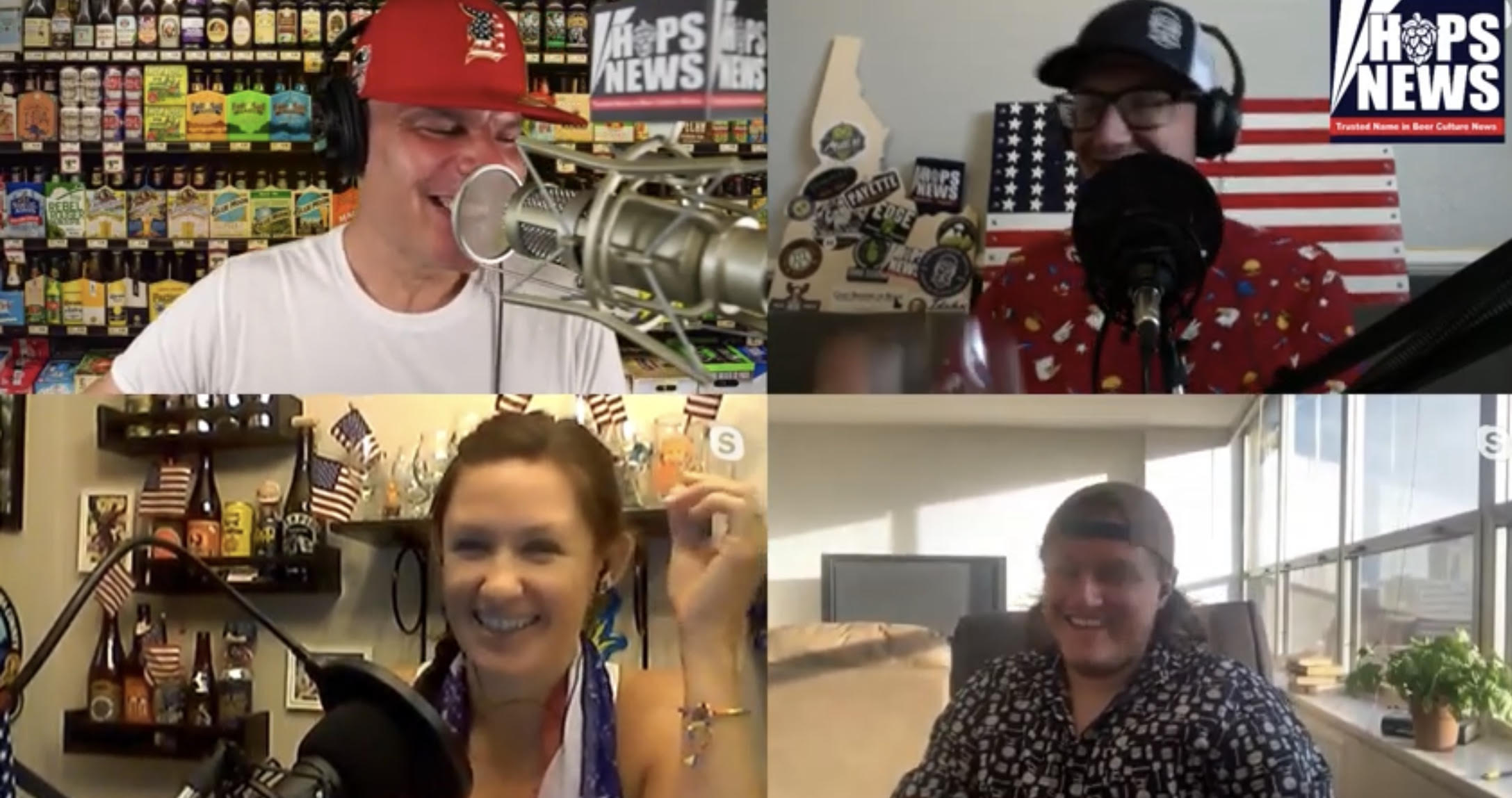 To catch the recap of our talk with Christopher from Bottlshare, check out Lucky’s article! http://njt.525.myftpupload.com/2020/07/hoppy-friday-bottleshare-recap/

If Fridays are a bit of a struggle these days, check out Hang O Help. We’re not affiliated with them at all (nor are we doctors at all), but take 2 of these every Thursday at 8pm EDT, and call us in the morning. Cheers!